Clay County Habitat for Humanity (CCHH) began as Greater Penney Partners in 1977. The Mission was to help neighbors repair their homes. The emphasis was mostly on mobile homes, the elderly and the poor in and around Penney Farms and Keystone Heights. Funding was mostly local, from churches and individuals. Leadership came from a voluntary Board of Directors.

In 1987, CCHH was formed after the Habitat for Humanity International model and the emphasis changed to building new homes in the entire Clay County area. Churches continued to be the best partner, with Orange Park United Methodist Church (OPUMC) becoming a lead partner. Donations expanded to come from area businesses, foundations, and private individual donors. Families had to apply and meet strict criteria for approval. Committees were formed to handle applications, family support, church partnerships, construction plans, fund raising, and site selection. Leadership from the Board continued.

Funding for the construction of the homes increased with a partnership with Clay County’s State Housing Initiative Program (SHIP). A partnership was formed with the local school board where in the 5 county high schools agreed to build 50% of a home at the school and CCHH would pay to have it moved to an available lot and complete the home. This increased the annual house count. CCHH was also able to participate in the Community Contribution Tax Credit Program (CCTCP), a tax credit program run by the State of Florida in which local companies contributed funds to build a house and received a tax credit of 50% of the final appraised value of the home. 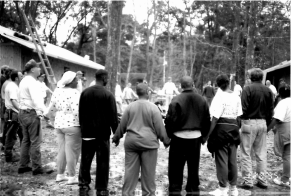 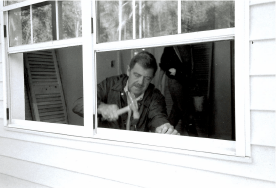 Get the latest news from Clay County Habitat for Humanity. Subscribe to our email newsletter: